I’ve been a “web designer” for years – but no more. Even though building websites is still part of what I do. That term has come to be more of a liability than an asset to my business, and here’s why.

First – the label limits me. Designing websites is only part of what I do. A website is typically the hub of a company’s online presence, but it is not the only part.  Nor is “building” the website the only, or the most important, aspect of that online presence.

In order to make a profit from your website, you need three things:

I help companies with all of that, from strategy to execution to analysis. “Web design” doesn’t begin to cover it.

Second – web design has become a commodity. Technology has made it relatively easy and cheap to set up a website today. Many business owners do not understand why I charge thousands for a website that a company like Web.com says they’ll do for free.

Those business owners don’t know what they don’t know – and just owning a tool doesn’t make you good at using it – but that perception is there. Why pay a “web designer” at all?

Third – too many people have had bad experiences with web designers, and want no part of dealing with one. I find this personally distressing, and it is one reason I started offering web design services to others.

I’ve heard of web designers who copy their clients’ sites and sell them to competitors.  I know of “control freaks” who threaten to shut a site down if their client wants to go to another design firm. I know of web design firms who take a client’s money, knowing full well that what the client is asking for will never work.

So if I’m not a web designer, what am I instead? I’m still working that out. “Digital Marketing Strategist” could work.  So could “Online Marketing Implementer.” Or I could simply say “I turn your web presence into web profits” and avoid using a label at all.

“Kathy” has big plans for an in-demand online service that will require sophisticated programming and a private login/dashboard for each of her clients. She knows what she wants, has mapped out the work flow, identified existing programs and services that might integrate with what she wants to do, has a pretty good feel for what will need to be developed to automate her processes, and is fairly comfortable with creating websites.

She wants her “innovative technology” to be front-and-center when she launches because it will give her a distinct advantage over her competitors.

It’s an ambitious project, she’s very excited, she wants it done yesterday – but budget is an issue.  Also she’s not quite sure how she’ll market her new service, outside of a few Facebook groups where her target audience hangs out.

I just got off a conference call with her and my tech partner. Yes, we can do what she wants. Our advice?

We see a distinct advantage for her to develop her site and roll-out her new service in two phases.

Phase 1: Get the front-end built. Figure out the sales, conversion, and marketing funnels. Build a basic back-end interface for her clients.

Phase 2: Automate! Based on feedback from customers, build and integrate the “innovations” she’s itching to deliver.

Why did we suggest these two phases? What are the advantages to her?

A related benefit – which I think is just as important – is that it relieved some of the pressure to figure out everything, right now. At its basic level, it’s still a useful service. At its fully-developed level, it will be amazing!

Where I don’t want her to skimp right now is the sales/marketing angle. She’s tempted to put up a “good enough” site because she’s focused on getting the back-end working correctly.

However – if no one tries her service in the first place, the back-end development won’t matter. She needs to clearly articulate her service’s unique features and benefits and persuade people to give an unknown quantity a try. That means a professional-looking site, with good copywriting and a strategy in mind to market it too.

Launching her new service in stages is not what she originally had in mind, but doing so offers distinct advantages.

I just saw a post about this just a few minutes ago on a Facebook group.  One of the respondents commented that she found WordPress easy to learn, and that you sometimes pay hundreds if not thousands for someone to build a WordPress site for you.

As you can imagine, I feel strongly about this.

No, I don’t think everyone needs to pay a ton of money for a website.

Yes, I’m one of those people who charges thousands to build a WP site.I agree that technically it is rather simple to build a site these days. I think that WP works a lot like Microsoft Word in a way – if you can figure out Word it’s not hard to figure out WordPress. So if you don’t have technical skills or are uncomfortable setting up web hosting et cetera then outsourcing to Odesk or Fiverr may be fine. When a business DOES need to hire an expert like me is when they need more than technical skills – it’s when they need marketing skills. Someone who’s studied web usability and online copywriting and SEO and conversion optimization and who knows about Adwords and media buying etc etc.

Most web designers are techies or graphics people – they’re not marketers.A profitable website is about putting the right message in front of the right people. If your livelihood depends on that you need an expert and it is entirely appropriate to spend thousands of dollars.I’ll get off my soapbox now.

The previous website for Kilgore’s Respiratory Center did not match the quality of the service they provide.

It was dated, unattractive, and full of errors (such as the overlapping text seen below.)

They asked me to redo their website.  They wanted a simple and affordable site, with a much fresher look, that explained clearly what they do and who they do it for.

Design: We lightened up the site, switched to their current colors and made the site easier to read.  A couple of well-chosen stock photos convey the problem they solve very clearly.  The navigation is simple.  Since the site was created in WordPress, they can add a blog to it at any time and make their own site updates (add pages, change text.)

Message: The new website more clearly describes what they do, both in text and in visuals.

A website redesign does not have to be a huge, expensive, complicated ordeal – but it can massively improve your business’s image and appeal.

If you are interested in creating a website that does not solely look good, but also moves fast enough to keep your visitors content and constantly coming back, read on. You will learn how to boost the loading speed of your web pages and make sure you are using the right approach to reach the success you are aiming for.

Does Your Site Take More Than 3 Seconds To Load?

If your website requires more than 3 seconds to load, 4 out of 10 visitors will most likely abandon their quest and search for a different site. Does it take 4 or 5 seconds? Add an extra 7 or 14 percent to that same conversion rate drop and you should receive the wakeup call you need. The solution? Focus on diminishing the front-end loading time for your pages. Mainly, focus on HTTO requests and minimize them as much as possible. You can do it by creating a website design that is simple, but at the same time appealing enough. You might only need a couple of images and text to get started, and a few CSS elements which you can cleverly reunite with the help of just one stylesheet. Do the same with all the scripts on your website and combine them using just one script. Bring together your CSS sprites with your site images and use a specialized service that can help you reduce the request overloads and also the total page download bytes number. If you are also looking for ways to reduce your analytic call tracking costs, check out the addsource.com site. You can achieve similar results by enabling resource compression processes while using deflate or gzip options. Keep in mind your website content also needs to go through an optimization process in order for the compression to be ideal. Use CSS and HTML codes in order to do this and eliminate all line breaks and additional spaces that are not needed to get started. 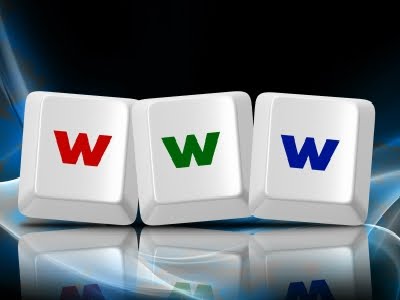 I really had fun with this website!  Their beautiful existing logo gave me a great color scheme to work with, which definitely helped.

One of the challenges of this design was to make it visually appealing, effective for both club members and site visitors, yet extremely easy to maintain, long-term.

That meant building the site using WordPress, since this popular content management system (CMS) makes it easy for anyone with the appropriate password to log in and make changes from any computer, at any time.

I chose The SmallBiz WordPress Theme from Expand2Web, a very versatile theme with a built-in user guide and great support.  It’s a favorite of mine anyway, but I knew that even if I weren’t available, this company would quickly and professionally handle any website issues.

Another challenge was to use the existing online directory system that the club subscribes to, if possible – and I found a way to pull data from that directory onto several pages of the new site (especially the Leadership and Member pages.)  That way, when the club updates Member info on their official Rotary database, it automatically displays the correct info on this website as well.

The Columbia Sunrise Southwest Rotary website is a work in progress, since members are still sending in photos and information from past events, but I thank them for the opportunity to build their new site!